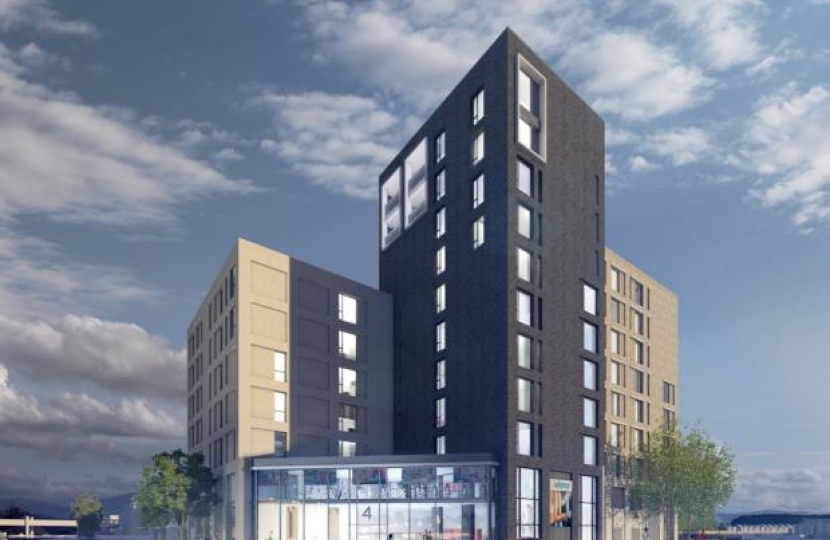 Local Conservative Councillors, led by Cllr Richard Hudson of Alexandra Ward, recently banded together to oppose the unreasonably dense re-development plans in Tolworth. Cllr’s Ian George, Chris Hayes and Andrew Day are the other leading lights in the campaign.

The group share the concerns that many residents harbour, namely that the plans are excessively dense, with a mass and scale that is not appropriate and in keeping with nearby buildings. The plans also lack a sufficient amount of affordable housing, do not incorporate the leisure facilities that residents require and they are generally of poor quality and design. Further, there are significant concerns over parking, traffic congestion and air quality.

The campaign recently featured in a ‘The Surrey Comet’ article, which can be accessed here: http://www.surreycomet.co.uk/news/13619152.Tory_councillors_campaign_against__over_dense__Tolworth_developments/?ref=mr&lp=8.

Cllr Hudson said that: “There are four significant developments planned or in the planning stage for Tolworth. These would lead to a sharp increase in the amount of people, as well as cars, which would alter Tolworth for ever and not for the better…”

The group recently launched a petition, which calls on the Council to reject the applications for Tolworth Tower and Old Ministry of Defence site (Tesco). As of 30th September a total of 395 signatures have been gathered, if you would like to add you name then the e-petition can be accessed here: http://epetition.kingston.public-i.tv/epetition_core/view/Tolworthdeservesbetter.

Cllr Hudson has also penned an open letter to Kingston Council, which is displayed below:

There has been and there are continuing population growth pressures across London and Kingston. Kingston has been set a housing growth target by the Mayor of London and the GLA in the 2015 London plan (table 3.1) of 643 dwellings per annum, that figure excludes the previous housing target shortfalls from the previous administration, which probably takes the actual number we are required to build by the GLA to nearer 800 per year for the next ten years.

These powerful external pressures run the risk of changing our Kingston for the worse unless we proactively shape what is put into the planning system. We (everyone) who lives in Kingston do not control what a developer decides to put into the planning system; the only entity that does that are the Developers and them alone. It is the Developer who decides how wacky or extreme the application, testing how much we might fall for.

I have decided to speak out as we are currently facing two planning applications in Tolworth which in my view are examples of what may not be acceptable on many planning grounds. The two schemes are; the old Tesco site Tolworth and what is shaping up for the Tolworth Tower site.

These applications appear over dense, probably beyond the London plan guidelines; offering frugal contributions to affordable/social housing;  failing to deliver the required housing mix or the minimum parking that is needed, this is capped off by poor design and of a mass and scale that would make Hong Kong seem small beer. Some Developers plead that they cannot do much for the area infrastructure or for the benefit of the local community as the “scheme is underwater” – I have my own view on that piece of fiction; if that is true, don’t build it. To add insult to injury there appears to be little empathy with Tolworth or its’ residents; it seems to be all about maximising Developer profit.

Tolworth aside; in the past 12 months applications coming from some Developers seem to be becoming more and more extreme; intent, in my opinion, on pushing the envelope of what is acceptable or reasonable.

I along with Cllrs Ian George, Chris Hayes and Andrew Day have started the “Tolworth deserves better” campaign, which I hope local residents will support by signing the petition on the Council website.  It is a grass roots campaign that endeavours to deliver a better Tolworth for all of us, including our children and grandchildren.

P.S. Our Tolworth survey found that the majority of residents wanted a mix of uses in Tolworth, including housing, leisure and retail.